Once abundant throughout the western United States and some portions of Canada, the sage grouse have experienced drastic declines and can now be found in only a handful of areas. Sage-grouse populations have been affected by a multitude of factors including reduction of habitat through agriculture and commercial/residential developments, livestock grazing, fire as wellas environmental factors such as weather.

Greater sage-grouse are the largestof the North American grouse, with males weighing 4-7 pounds andfemales weighing 2-4 pounds. Adult males are dark with a white breast. Females are brown with a black belly.

Sage-grouse are highly dependent onsagebrush for forage, nesting and protection throughout the year. Ninety-nine percent of the sage-grouse winter diet consists ofsagebrush leaves and buds. At other times of the year, they eat forbs (small flowering plants). In the summer, insects are also part of their diet, especially for young grouse. Sage-grouse do not require open water for day-to-day survival if succulent vegetationis available.

Each spring, males and females gather at a lek in late March through May,as soon as the lek is relatively free of snow. Leks (mating grounds) are usually open areas such as meadows, low sagebrush, oreven roads surrounded by sagebrush. Up to a hundred males maygather at a single lek. Their mating display is one of the most complex of any grouse. Males spread their plumage, strut and inflate air sacks located on their breast, producing a distinctive “popping” sound to attract females and protect their territory from other males.

After mating, the males take no part in nest building or parenting. Females build a nest on the ground, usually some distance (up to several miles) from the lek site where they mated, and lay anaverage of six to nine eggs. Young birds are precocial, leaving thenest soon after hatching. They receive some parental care from the female, but are capable of feeding on their own. By two weeks, they are capable of making short flights.

Populations of Greater Sage-grouse, have declined in recent decades, and the species’ range-wide distribution across western North America has been reduced to nearly half of its historic distribution. Although the rate of decline of this species has slowed over the past two decades, Statewide, sage-grouse numbers have dropped 52% since the federal government decided not to list the birds as endangered in the fall of 2015 and there is concern for the future of sage-grouse because of its reliance on broad expanses of sagebrush (Artemisia spp.). Sagebrush lands have been greatly altered during the past 150 years and are currently at risk from a variety of pressures. Not only are healthy stands of sagebrush necessary year-round for sage-grouse to survive, during summer, young sage-grouse also require a diverse understory of native forbs and grasses. This vegetation provides protection from predators and supplies high-protein insects necessary for rapidly growing chicks.

In 2014, DOE-ID and the FWS entered into a Candidate Conservation Agreement (CCA) to conserve sage-grouse and its habitat on the INL Site. This voluntary agreement established a sage-grouse Conservation Area (SGCA), and DOE-ID committed to deprioritize the SGCA when planning infrastructure development and to establish mechanisms for reducing human disturbance of breeding and nesting sage-grouse. To guard against sage-grouse declines outside the natural range of variation, the CCA established a population trigger that, if tripped, would initiate a predetermined response by both agencies. To trip the trigger, the three-year running average of peak male attendance, summed across 27 leks (i.e., traditional breeding sites) within the SGCA, must fall below 253 males, representing a 20% decrease from the 2011 baseline of 316 males.

Greater Sage-grouse on the INL Site

The sage-grouse population trigger baseline for the INL Site equals the number of males counted in 2011 during peak male attendance on 27 active leks within the Sage-grouse Conservation Area (SGCA) (i.e., 316 males). The population trigger will be tripped if the three-year running average of males on those 27 leks (hereafter, baseline leks) decreases ≥20% (i.e., ≤253 males). In 2019, we surveyed baseline leks, six lek routes, all other active leks on the INL Site, and a few inactive leks that had not been surveyed for several years. Key results from population monitoring are as follows: 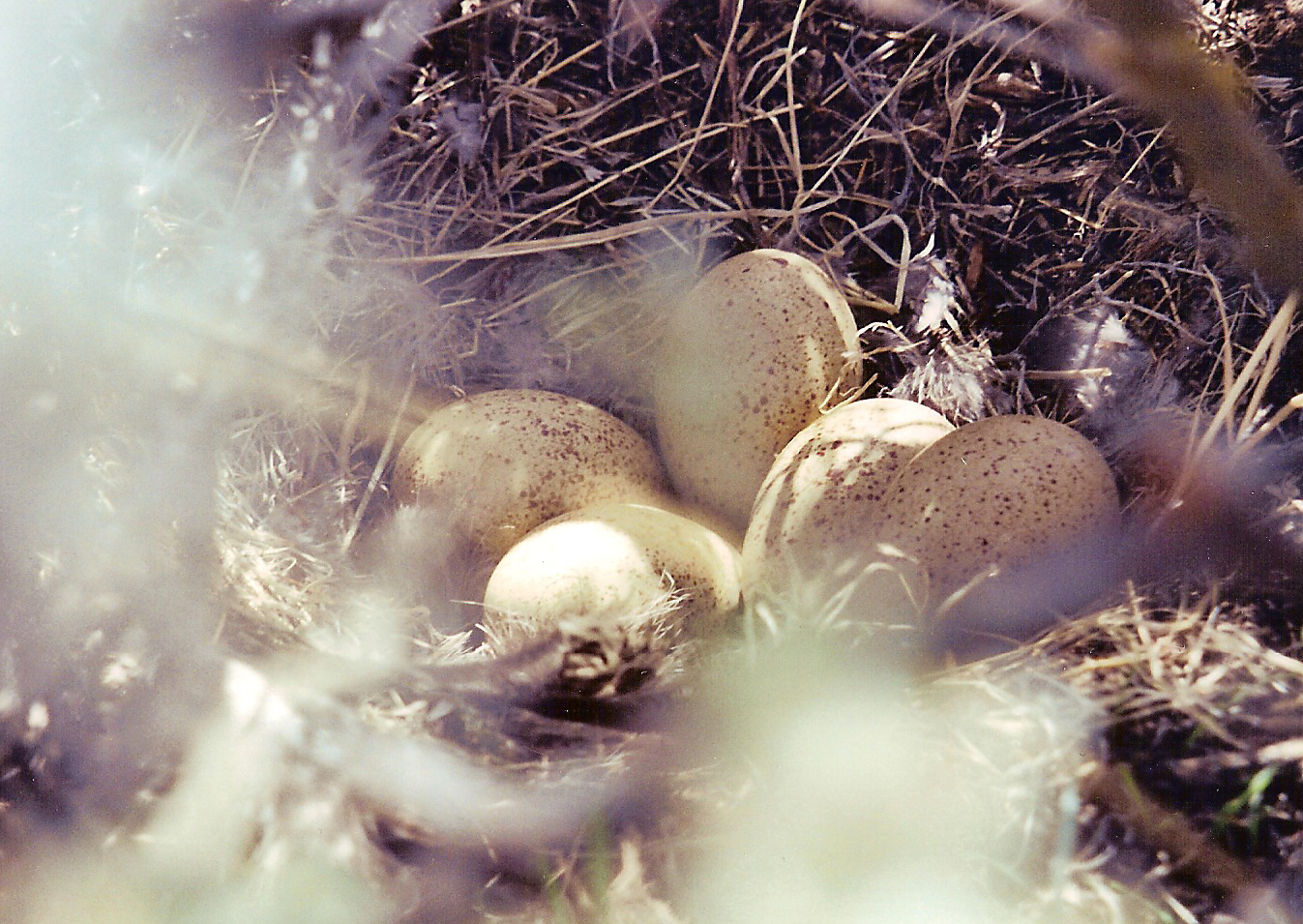 The baseline value of the habitat trigger is equivalent to the amount of area within the SGCA that was characterized as sagebrush-dominated habitat at the beginning of 2013. This habitat trigger will trip if there is a reduction of ≥20% (15,712 ha [38,824 ac]) of sagebrush habitat within the SGCA. Total sagebrush habitat area and distribution are monitored using aerial imagery and a geographic information system. To monitor the condition of sagebrush-dominated lands and areas recovering from wildland fire, we surveyed 119 vegetation plots distributed across both habitat types. The following is a summary of results from habitat distribution and condition monitoring tasks:

Raven Nest Surveys:Thirty-two active common raven nests were observed on the INL Site in 2019. Three of these appeared to be second nests, reducing the final count to 29 nests. This is 33% fewer active nests than in 2018, matching the lowest number recorded since monitoring began in 2014. Eighteen nests were on power line structures, seven were at facilities, and four were on towers outside of facilities. Infrastructure Expansion—No high resolution imagery was available for the INL Site in 2019, so we did not perform work on this task.

Like sage-grouse lek counts on the INL Site, lek counts across Idaho declined for the third straight year and at roughly the same proportion as those on the INL Site. This directional and proportional similarity suggests that regional rather than INL Site-specific factors are predominately influencing sage-grouse abundance on the INL Site. In 2019, the Sheep Fire eliminated thousands of hectares of sagebrush-dominated communities on the INL Site, including areas near three lek sites. Male sage-grouse may continue to display at these sites for the next few years, but lek abandonment over the long term is likely. In response to the Sheep Fire, the ESER Program completed a fire recovery plan and DOE and stakeholders secured sagebrush seed that will be applied aerially in winter 2020.