Bird populations are subjected to numerous widespread threats including:

The BBS program in North America currently consists of over 4,100 routes, with approximately 3,000 of these being sampled each year. BBS data provide long-term species abundance and distribution trends across a broad geographic scale. These data have been used to estimate population changes for hundreds of bird species, and they are the primary source for regional conservation programs and modeling efforts. Because of the broad spatial extent of the surveys, BBS data is the foundation for broad conservation assessments extending beyond local jurisdictional boundaries.

In June and early July of almost every year since 1985, ESER scientists gather data along five routes that are part of a nationwide survey administered by the USGS and eight additional routes near INL Site facilities. . Data from remote routes contribute to the USGS continent-wide analyses of bird trends and also provide information that local managers can use to track and understand population trends. Data from facility routes may be useful in detecting whether INL activities cause measurable impacts on abundance and diversity of native birds. 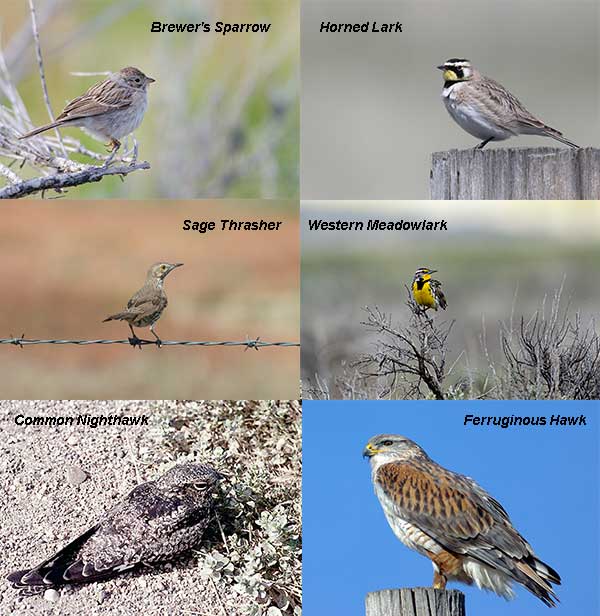